1.The quartz blank is a piezoelectric material, the electric field is generated by applying an external voltage on both sides of the blank, due to the mechanical and electrical coupling of the piezoelectric material itself, the crystal generates mechanical deformation, the cutting surface of the crystal is subjected to mechanical stress, and the two opposite surfaces of the crystal will generate an electric potential difference, this characteristic is called the piezoelectric effect. When we apply an AC voltage to the crystal, a cyclical wafer vibration can be generated; the frequency of vibration will vary from different crystals, the thinner the quartz crystal cutting disc, the more difficult the cutting technique, but the higher the resonance frequency.

3.Crystal Equivalent Circuit: composed of motional capacitance C1, dynamic inductance L1, series resistance R1, and static capacitance C0. Picture 2 shows the equivalent circuit diagram of a crystal unit to explain the basic elements that are responsible for the characteristics and performance of this electronic component; the first three parameters are called the "dynamic parameters" of the crystal unit. 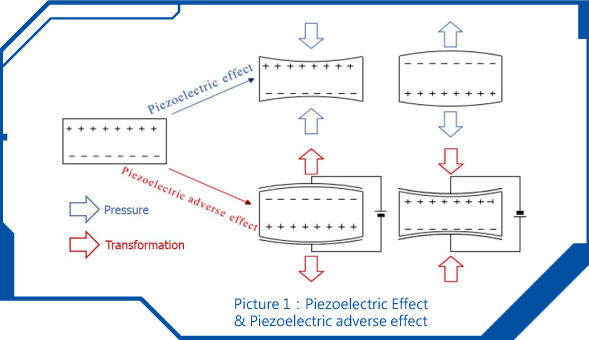 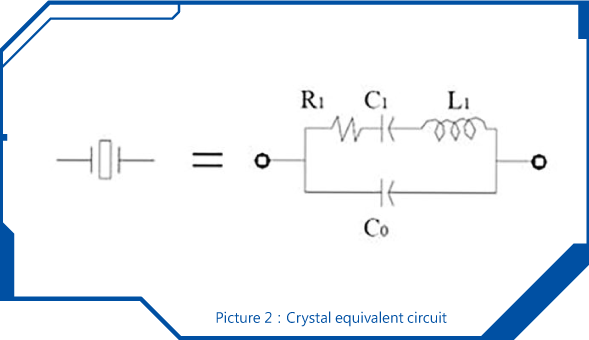 The Basic Circuit of The Crystal Oscillator

1.A parallel oscillating circuit uses a crystal unit. The working center frequency of this crystal unit is tuned by means of a specified load capacitance value.

2.The other oscillating path uses an inverter and two capacitors (CL1, CL2) serves as the receiving circuit; the combination of the two capacitors results in the load capacitance that causes together with the crystal unit the oscillation frequency.

3.Rf in the oscillation circuit is a so-called feedback resistor.

4.Rd in the oscillating circuit is a damping resistor; the value of this resistance has a big influence on the current drive level through the crystal unit. It has to be properly chosen to create a stable oscillation of the crystal unit. 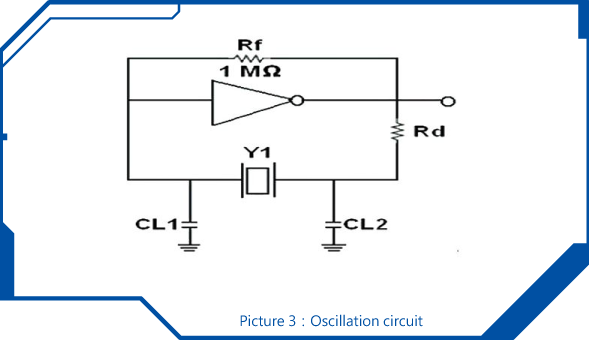 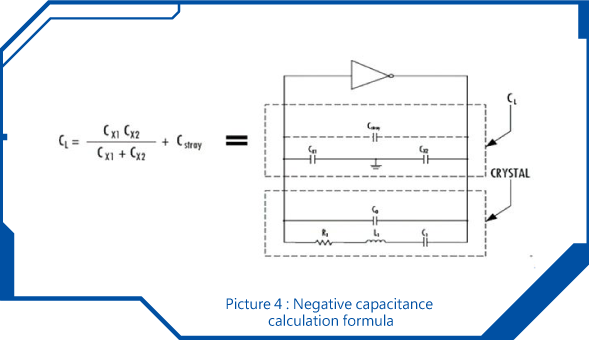 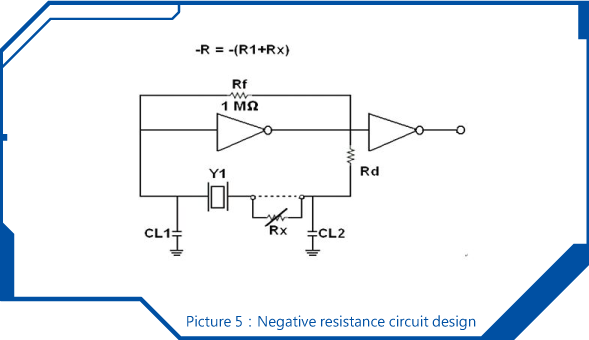